This chandelier has a wonderful working base where the ring around the fixture holds the white glass shade. The large bowl like base holds the kerosene. Three filigree handles hold the pieces all together. In the center you will see a wick which is regulated by a knob on the side that pulls the wick up and down that soaks in the kerosene. Three chains are attached to the arms holding the kerosene bowl that attaches to the rim that holds the shade. These three strands are attached at the other end to a very heavy holder. The holder is then put into a hook on the ceiling. Now the chandelier hangs in place!!!! 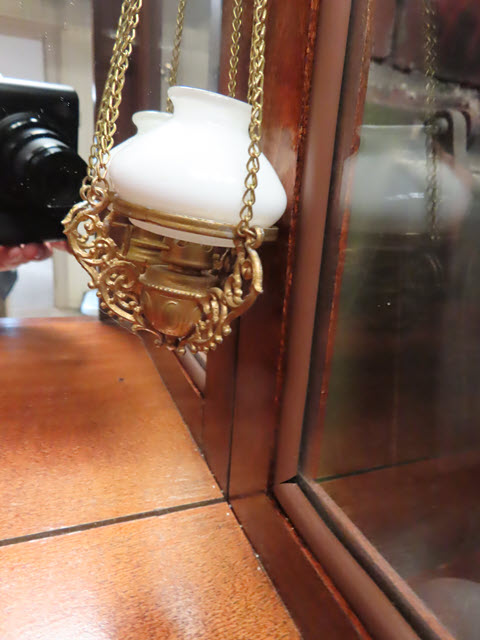