A Special and Unusual Chandelier

I have to say that this is certainly an unusual piece and one I have not seen before. ( I have had this in my collection for a long time and paid more than I am asking now). There are four branches that are attached to a square frame. That frame has medallions on each of the four sides. In the center is a suspended shade which is attached to a chain under the holder. Each bulb and Bristol glass shade is suspended from a corner so there are five chains going up to the holder of the chandelier. We could say this was a transitional light fixture, switching from gas to electric. An exceptional chandelier!

Measurements: 4-1/2" suspended from a ceiling plus the four corner lights are included in the measurements. 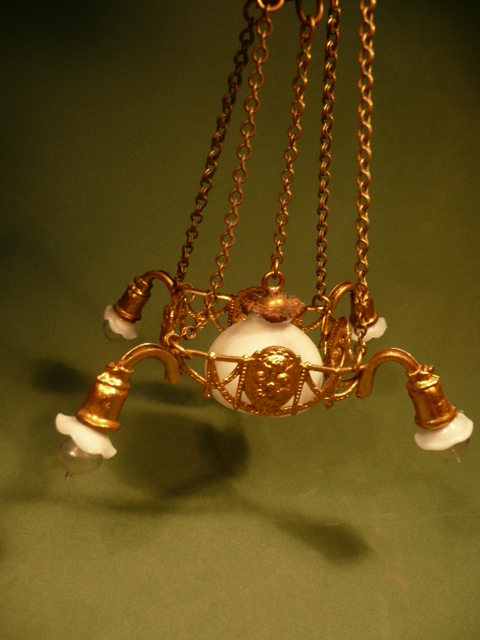