These two separate busts with wooden pedestals were made in the late 19th Century. The one with shorter hair is Goethe and the long curls was Schiller. They were famous German men revered for their  German literature. A bronze statue of both men can be found in Weimar, Germany where it was made in 1857.

Each bust is placed on a carved wooden pedestal which reminds me of the statue of Queen Victoria. These statues have more detail in their facial and hair features. I have not seen these for sale but I have seen the bust of Queen Victoria many times.

Measurements: 6" tall and each bust has the name carved on the back , beneath the head.

Circa: Second half of the 19th Century

Price: The statues will be sold as a pair for $390 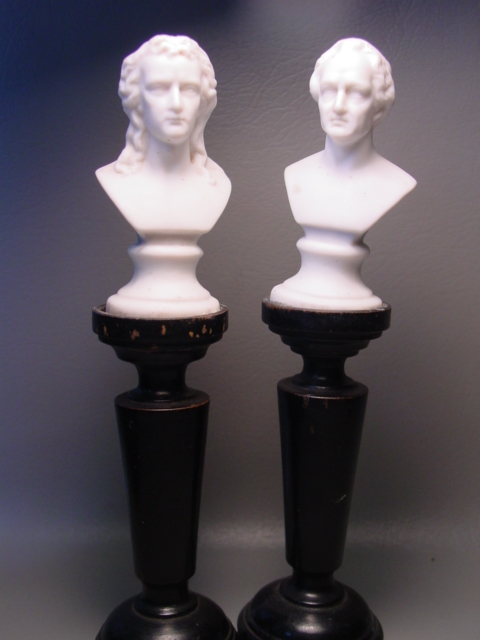